Hello all.  Sorry I’ve been absent from the blog so much lately.  Unfortunately, sometimes school does that.  And while I absolutely LOVE this blog (and it’s WAY more fun than schoolwork), doing my PhD is, in the end, far more important.  Still, I feel really bad for missing the last three post-days. I don’t have a TON of time on my hands currently, but I wanted to give you all a quick post.

Right now I’m reading a book called Future Active: Media Activism and the Internet by Graham Meikle.  It’s research for a paper I’m writing about the use of Twitter and other social media in the Occupy Wall Street movement.  But it’s also a really fascinating book so far (I’m about a third of the way through it right now).  Here are a couple different descriptions of the book from the back cover:

“Future Active is an exploration of the widening field of internet activism, of the key players and their ideas, and of the tactics and technologies that inspire them.  The internet has enabled unprecedented global commerce and helped create new oligopolies — but it has also mobilized millions of people locally and globally with very different visions of connected world communities.”

“Future Active examines the uses of the internet as a tool to effect social, political, and cultural change.  Graham Meikle talks to activists from around the world: from culture jammers to right-wing resistance movements, from political parties to pioneer hacktivists.  He provides case studies of milestone Net campaigns — key figures explain how Belgrade radio station B92 used the Net to thwart Milosevic’s censorship, how the McSpotlight website contributed to the campaign of the defendants in the McLibel trial, and how the global Indymedia Phenomenon was born.

Meikle argues that it is the unfinished and open nature of the Internet that is most radical.  It is through creating open media spaces that people can come to make their own futures — and those futures will be much more exciting than the media McWorld of corporate ‘interactivity’.”

These descriptions give you a pretty good idea of what’s going on in this book.  It’s detailed, uses some very interesting examples (mainly from the 1990s) of internet activism, and offers some useful critiques of what works and does not work in each situation.

The one thing that does make it perhaps not as useful as it could be is that simple fact of its age.  It was published in 2002, which means it was probably written at least a year or two prior to that.  All of this was before Facebook, before Google had become the monolith it is today, and before Twitter.  This severely limits the continued relevance of the specific technologies, websites, and systems discussed in the book.  But the general ideas of internet activism and continually evolving as the technology evolves still hold true.  I suspect Meikle watches the developments of the last couple years, especially the Arab Spring uprisings and now the Occupy Wall Street movement and often shouts: “I told you so!” 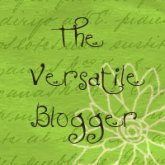